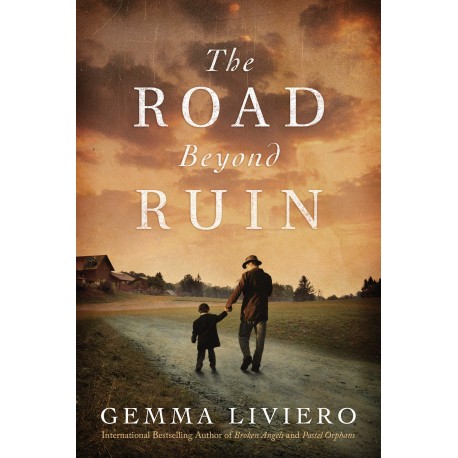 The Road Beyond Ruin

For some people in post-World War II Germany, the battle is not over.

August 1945. As Stefano, an Italian POW, heads toward home across war-ravaged Germany, he encounters a young child beside his dead mother. Unable to leave him to an unknown fate, Stefano takes the boy with him, finding refuge in a seemingly abandoned house in a secluded woodland.

But the house is far from vacant. Stefano wakes at the arrival of its owner, Erich, a former German soldier, who invites the travelers to stay until they can find safe passage home. Stefano cautiously agrees, intrigued by the disarming German, his reclusive neighbor Rosalind, and her traumatized husband, Georg. Stefano is also drawn to Monique, the girl in a photograph on Rosalind's wall, who went missing during the war.

But when he discovers letters written by Monique, a darker truth emerges. This place of refuge could be one of reckoning, and the secrets of the past might prevent the travelers from ever getting home.