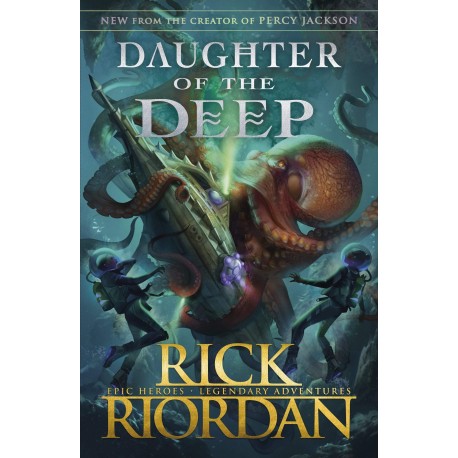 Daughter of the Deep

Ana Dakkar is studying at Harding-Pencroft Academy, a school renowned for training the best marine scientists, naval warriors and underwater explorers in the world. But, unlike the other students, the water is personal for Ana. After losing both of her parents on a scientific expedition, her older brother Dev is now the only family she has.

Ready to prove herself, Ana and her class are off to a top-secret weekend trial at sea. But, on the bus ride to the ship, tragedy strikes and Ana and her classmates are plunged into a deadly battle that will change the trajectory of their lives forever.

As secrets about her past surface, it's up to Ana to lead her classmates out of danger.