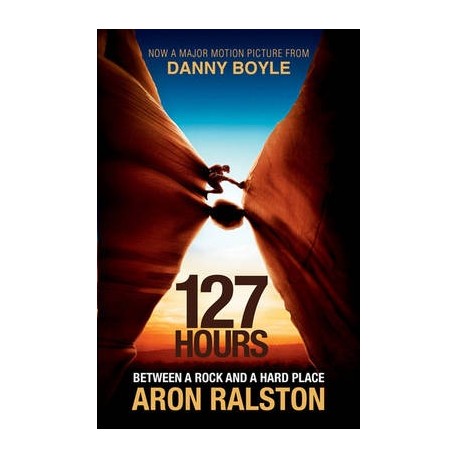 On Sunday April 27, 2003, 27-year old Aron Ralston set off for a day's hiking in the Utah canyons. Dressed in a t-shirt and shorts, Ralston, a seasoned climber, figured he'd hike for a few hours and then head off to work. 40 miles from the nearest paved road, he found himself on top of an 800-pound boulder. As he slid down and off of the boulder it shifted, trapping his right hand against the canyon wall. No one knew where he was; he had little water; he wasn't dressed correctly; and the boulder wasn't going anywhere. He remained trapped for five days in the canyon: hypothermic at night, de-hydrated and hallucinating by day. Finally, he faced the most terrible decision of his life: braking the bones in his wrist by snapping them against the boulder, he hacked through the skin, and finally succeeded in amputating his right hand and wrist. The ordeal, however, was only beginning. He still faced a 60-foot rappell to freedom, and a walk of several hours back to his car - along the way, he miraculously met a family of hikers, and with his arms tourniqued, and blood-loss almost critical, they heard above them the whir of helicopter blades; just in time, Aron was rescued and rushed to hospital. Since that day, Aron has had a remarkable recovery. He is back out on the mountains, with an artificial limb; he speaks to select groups on his ordeal and rescue; and amazingly, he is upbeat, positive, and an inspiration to all who meet him. This is the account of those five days, of the years that led up to them, and where he goes from here. It is narrative non-fiction at its most compelling.