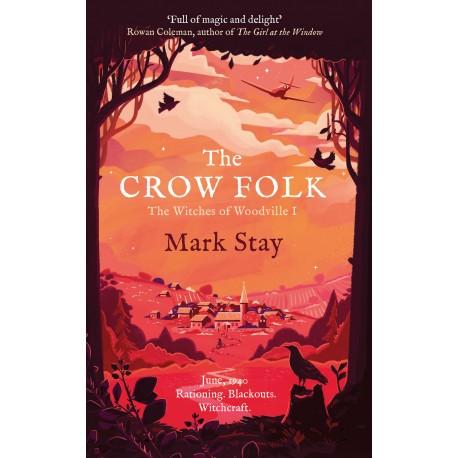 The Crow Folk : The Witches of Woodville 1

As Spitfires roar overhead and a dark figure stalks the village of Woodville, a young woman will discover her destiny . . .

Faye Bright always felt a little bit different. And today she's found out why. She's just stumbled across her late mother's diary which includes not only a spiffing recipe for jam roly-poly, but spells, incantations, runes and recitations . . . a witch's notebook.

And Faye has inherited her mother's abilities.

Just in time, too. The Crow Folk are coming. Led by the charismatic Pumpkinhead, their strange magic threatens Faye and the villagers. Armed with little more than her mum's words, her trusty bicycle, the grudging help of two bickering old ladies, and some aggressive church bellringing, Faye will find herself on the front lines of a war nobody expected.