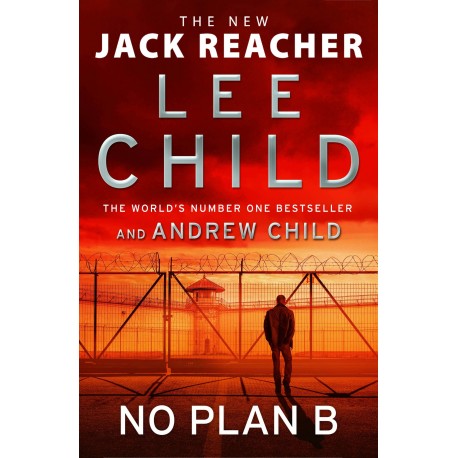 The gripping new Jack Reacher thriller from the No.1 bestselling authors Lee Child and Andrew Child.

Gerrardsville, Colorado. One tragic event. Two witnesses. Two conflicting accounts. One witness sees a woman throw herself in front of a bus - clearly suicide. The other witness is Jack Reacher. And he sees what really happened - a man in grey hoodie and jeans, swift and silent as a shadow, pushed the victim to her death, before grabbing her bag and sauntering away.

Reacher follows the killer on foot, not knowing that this was no random act of violence. It is part of something much bigger...a sinister, secret conspiracy, with powerful people on the take, enmeshed in an elaborate plot that leaves no room for error. If any step is compromised, the threat will have to be quickly and permanently removed.

But when the threat is Reacher, there is No Plan B....