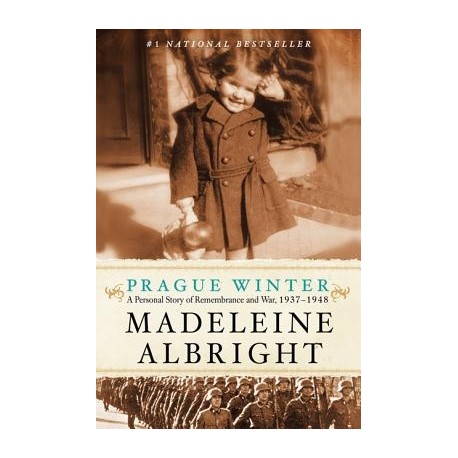 By turns harrowing and inspiring, "Prague Winter" is Madeleine Albright's account of her early life from 1937 to 1948, a dozen years that witnessed the Nazi invasion of her native Prague, World War II, the Holocaust, the defeat of fascism, the rise of communism, and the onset of the Cold War. Her experiences, and those of her family, provide a unique lens through which to view this tumultuous period in modern history. Moving from the thousand-year-old Prague Castle to the bomb shelters of London, from the desolate prison ghetto of Terezin to the war councils of Churchill, Stalin, Roosevelt and Hitler, Albright reflects on her discovery of her family's Jewish heritage decades after the war, her Czech homeland's tangled history, and the stark moral choices faced by her parents, ordinary citizens, and the leaders of their generation. Drawing on her memory, written reflections, newly-released documents, interviews with contemporaries, and other primary sources, she tells the story of how millions of ordinary citizens were ripped from familiar surroundings and forced into new roles as exiled leaders and foot soldiers, resistance figures and collaborators, victims and killers. Albright points out that the response to these life and death issues was often shaped by concepts familiar even to a child like Madeleine had been at the time: fear, trust, adaptation, the search for identity, the pressure to conform, and the difference between right and wrong. As universal as it is deeply personal, Prague Winter offers a unique perspective on World War II, the relationship between generations, and the impact of time on our assessment of the truth. Emotionally compelling and often startling in its frankness, this volume is a guide to the future through the lessons of the past, as seen through the eyes of one of the world's most respected and fascinating figures.