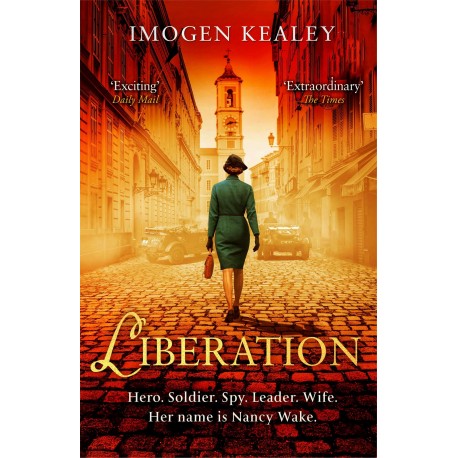 Inspired by the incredible true story of the most decorated servicewoman of the second world war.

Nancy Wake was an Australian girl who, aged, 16 ran away from her abusive mother to the other side of the world.

Nancy Wake was a wife who, when her husband was snatched by the Gestapo, fought to be trained by SOE and returned to France to take her revenge.

Nancy Wake was a soldier who led a battalion of 7,000 French Resistance fighters who called her Field Marshall. Who had a 5-million Franc bounty on her head. Who killed a Nazi with her bare hands. Who defeated 22,000 Germans with the loss of only 100 men. Who sold her medals because, "I'll probably go to hell and they'd melt anyway."

Discover the roots of her legend in a thriller about one woman's incredible quest to turn the tide of the war, save the man she loves and take revenge on those who have wronged her.