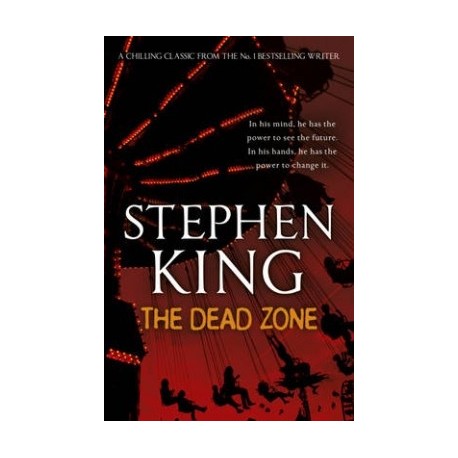 If any of King's novels exemplifies his skill at portraying the concerns of his generation, it's The Dead Zone. Although it contains a horrific subplot about a serial killer, it isn't strictly a horror novel. It's the story of an unassuming high school teacher, an Everyman, who suffers a gap in time--like a Rip Van Winkle who blacks out during the years 1970-75--and thus becomes acutely conscious of the way that American society is rapidly changing. He wakes up as well with a gap in his brain, the "dead zone" of the title. The zone gives him crippling headaches, but also grants him second sight, a talent he doesn't want and is reluctant to use. The crux of the novel concerns whether he will use that talent to alter the course of history.

The Dead Zone is a tight, well-crafted book. When asked in 1983 which of his novels so far was "the best," Stephen King answered, "The one that I think works the best is The Dead Zone. It's the one that [has] the most story."