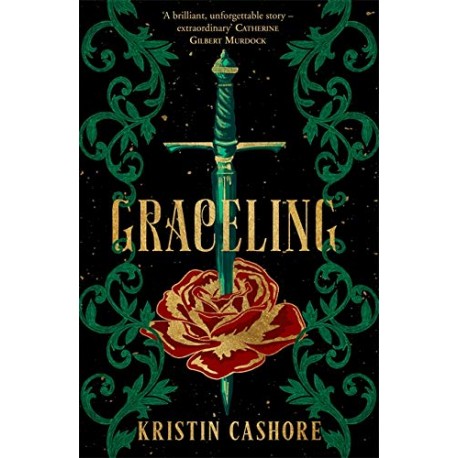 "Rageful, exhilarating, wistful in turns" (The New York Times Book Review) with "a knee weakening romance" (LA Times). Graceling is a thrilling, action-packed fantasy adventure that will resonate deeply with anyone trying to find their way in the world.

Graceling tells the story of the vulnerable-yet-strong Katsa, who is smart and beautiful and lives in the Seven Kingdoms where selected people are born with a Grace, a special talent that can be anything at all. Katsa's Grace is killing. As the king's niece, she is forced to use her extreme skills as his brutal enforcer. Until the day she meets Prince Po, who is Graced with combat skills, and Katsa's life begins to change. She never expects to become Po's friend. She never expects to learn a new truth about her own Grace-or about a terrible secret that lies hidden far away . . . a secret that could destroy all seven kingdoms with words alone.