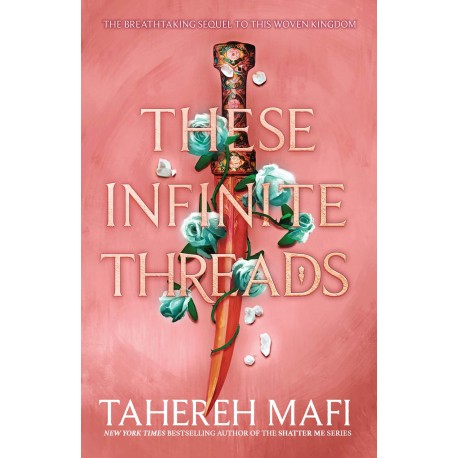 Full of explosive magic, searing romance, and heartbreaking betrayal, These Infinite Threads is the breathtaking sequel to the instant New York Times and Sunday Times bestseller This Woven Kingdom

With the heat of a kiss, the walls between Alizeh, the long-lost heir to an ancient Jinn kingdom, and Kamran, the crown prince of the Ardunian empire, have crumbled. And so have both of their lives.


Kamran's grandfather, the king of Ardunia, lays dead, the terrible secret of his deal with the devil exposed to the world. Cyrus, the mysterious copper-haired royal, has stolen Alizeh away to Tulan, the neighboring kingdom where he rules. Cyrus has made his own deal with the devil-one that would require Alizeh to betray her feelings for Kamran if she's to reclaim the Jinn throne.


Alizeh wants nothing to do with Cyrus, or his deal with Iblees. But with no means of escaping Tulan, and with the tantalizing promise of fulfilling her destiny as the heir to the Jinn, she's forced to wonder whether she can set aside her emotions-and finally become the queen her people need.


Kamran, meanwhile, is picking up the pieces of his broken kingdom. Facing betrayal at every turn, all he knows for certain is that he must go to Tulan to avenge his grandfather. He can only hope that Alizeh will be waiting for him there-and that she's not yet become queen of Tulan.