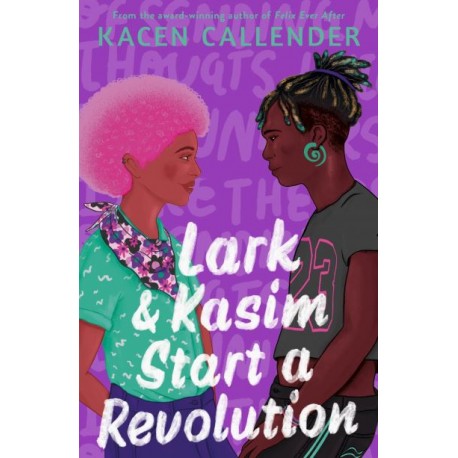 Maybe it's too late to tell them how I really feel. That I've had these feelings for months, for years . . .

Lark Winters wants to be a writer, and for now that means posting anything and everything on their social media accounts - just to build their platform. When former best friend Kasim accidentally posts a thread on Lark's Twitter declaring his love for a secret, unrequited crush, Lark's tweets are suddenly the talk of the school.

To protect Kasim, Lark decides to take the fall, pretending they accidentally posted the thread in reference to another classmate. It seems like a great idea: Lark finally gets the courage to ask out their crush, Kasim keeps his privacy and Lark's social media stats explode. But living a lie takes a toll - as does the judgement of thousands of Internet strangers. Lark tries their best to be perfect at all costs, but nothing seems good enough for the anonymous hordes - or for Kasim, who is growing closer to Lark, just like it used to be between them . . .

In the end, Lark must embrace their right to their messy emotions and learn how to be in love.