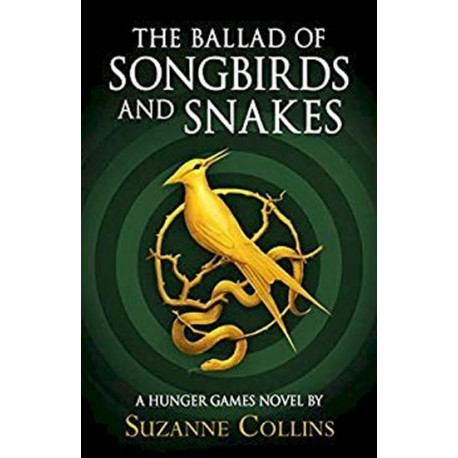 The Ballad of Songbirds and Snakes : (A Hunger Games Novel)

We have selected The Ballad of Songbirds and Snakes as our Teen Book of the Month for May – the long-awaited new prequel to Suzanne Collins’s sensationally popular, Red House Award-winning Hunger Games trilogy. The first new Hunger Games book since 2010, this gripping adventure is guaranteed to suck in new readers and draw back old fans!

It sweeps readers back to the reaping of the Tenth Hunger Games, sixty-four years before Katniss’s story starts. In the Capitol, eighteen-year-old Coriolanus Snow is preparing for his one shot at glory as a mentor in the Games. His job: to mentor the doomed female tribute from District 12, the lowest of the low… Following the rise of President Snow, the unforgettable arch-villain of the original trilogy, this tale sweeps readers back into the brutal dystopian world of Panem in a nail-biting story of combat, courage and female empowerment.